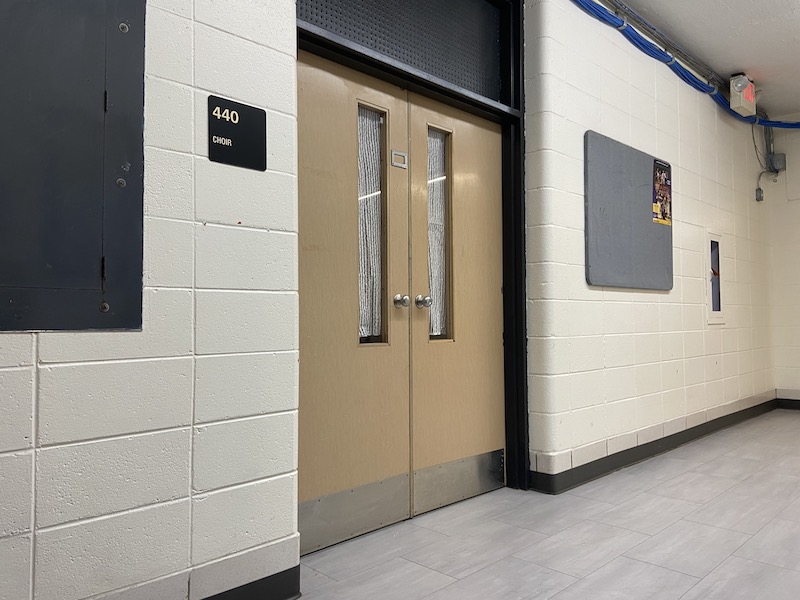 Choir on a Rest: Classes Start up Again Trimester 3

Black River Falls High School choir classes were interrupted after the sudden loss of former choir teacher Skylar Erickson, and the district scrambled to find a new choir teacher to fill the position.

After the new choir teacher resigned for personal reasons, BRFHS started looking right away for someone to fill the vacant position.

“What we did is, we posted the position right away after Mr. Erickson wasn’t able to stay with us, and we actually received a number of applicants,” said Principal Tom Chambers.

Chambers said that students would soon have a new choir teacher.

“We interviewed three people this week, and we’re in the process right now of checking references, and we’re hoping to make an offer to hire somebody soon,” said Chambers.

“I was really excited. [Mr. Erickson] seemed like a really nice teacher. I could learn a whole new set of music from him compared to what I usually learn,” said junior Annelise Swiggum.

Instead of students attending regular choir classes like in previous years, choir students now sit in study hall, a time where students can work on any homework from their other four classes.

While some might look at extra study time to do school work as a positive thing, it affects student extracurricular credits needed for graduation.

“They’re not getting that credit,” said Chambers.

“We would like to be able to offer for the kids to at least start to prepare for solo and ensemble to start doing some things now,” said Mr. Chambers.

Schluntz is beginning lessons now, but the students are still in the study hall. Not only are credits being lost, but so are some students’ happy places.

“Choir, or just music in general, is my antidepressant,” said Swiggum.