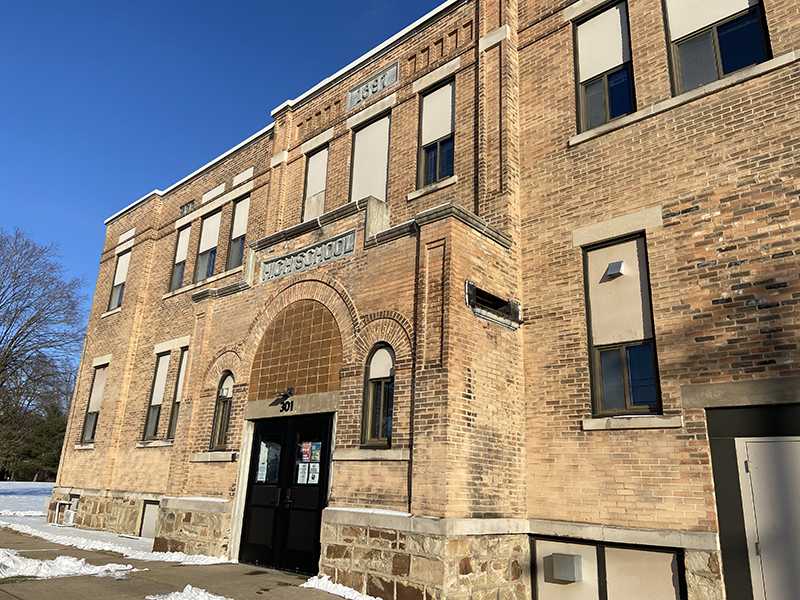 With the holidays just around the corner, many families and businesses have started to make plans for their respective gatherings, despite pleas from the governor and other officials. Considering the social aspect of the upcoming weeks, and the probability of said gatherings happening, it would be in the best interest of students and staff in our district to postpone in-person classes for at least one more week.

The Black River Falls school district is set to resume in-person classes on Monday, January 4. On Thursday, December 17, the Wisconsin Department of Health Services (WDHS) reported that Jackson County has the highest case rate in the state, at 1650.2. The case rate is determined by tracking cases over two weeks per 100,000 people. According to the WDHS, our case rate places us in the highest of five categories: critically high. Assuming that even a fraction of the typical festivities will ensue, it’s safe to say that we will remain in that category through the holiday season. As a district, we have been airing on the side of caution when responding to this pandemic. Now is not the time to let up, especially going into the new year. If we extend the online learning a minimum of a week after new years, it would allow the majority of students and staff to develop symptoms before coming back to school. Jumping the gun in this situation could mean a setback even longer than the one we’re experiencing now.

The Pennsylvania Commonwealth website provides a guideline which states that in a building of our size, five or more cases within a rolling 14-day period would constitute a 14-day shut down. Information from the Jackson County Public Health shows that from December 15th to December 21st, the average daily number of new cases is approximately 33. If even one person at the high school tested positive each day, we could have an additional 10 to15 students quarantining daily. Coming off of Christmas and New Year’s, we could see five cases develop in the first week we’re back.

Recent data collecting from schools all over the country has shown that schools aren’t necessarily hotspots, and that in some places, most students that contract COVID-19 aren’t getting it from schools. For the most part, especially in small towns, it’s community spread. The break room at work, friends or family at home, or the occasional dinner party seems to be more dangerous than sitting in a socially-distanced classroom. This is why the holidays pose a threat to BRFSD opening and staying open. At this point, we know that Christmas and New Year’s are social events, and that social events lead to transmission. It doesn’t necessarily matter if the students didn’t contract the virus at school. The shutdown will ensue if enough students and staff in our buildings have the virus because the school then runs the risk of becoming a hotspot.

Encouragingly, Wisconsin didn’t see a huge increase in case numbers after Thanksgiving, as many suspected we would. There are a few potential reasons for that. Firstly, Thanksgiving is more of a family holiday to begin with, so people might not have been as hard-pressed to limit their visits to close family only. Another explanation is that people in Wisconsin listened and followed CDC guidelines for their gatherings or skipped them altogether. Nonetheless, one holiday isn’t enough to establish a trend, and we can’t predict the outcome of Christmas and New Years’ based on Thanksgiving.

Patience is a virtue. If we go back to school prematurely, we run the risk of being closed down for an even longer period. Communities in “critically high” counties should consider all the factors before making a decision about coming back. The upcoming holidays and their impact on case rates need to be one of the factors considered. If extending virtual learning one to two weeks is the difference between an isolated winter behind a screen and a prosperous beginning of the new year, it should be a sacrifice we’re all willing to make.

Assembly brings on the love

Roommates: A Best Friend or a Nightmare?

Students adjust to work during pandemic