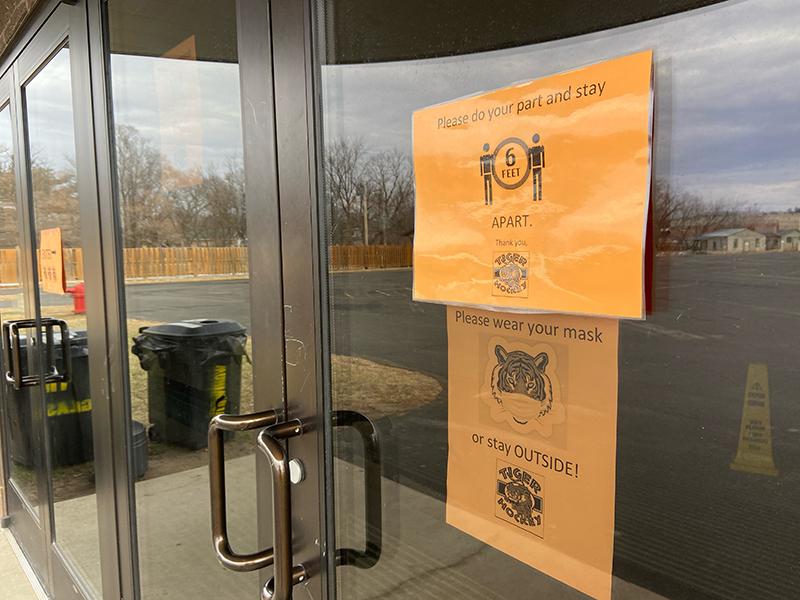 After an offseason and amidst a pandemic, the Black River Falls High School girls hockey team is back on the ice.

“Everyone I have heard from has expressed their excitement to be back on ice, and the willingness to comply with precautionary measures in order to be able to do so,” Tigers head coach Riley Smith said.

Getting back on the ice with the players and coaches brings a new set of guidelines.

“I understand that the students need an outlet as well,” athletic director Jay Weinman said. “When it became apparent that we needed to prepare them for their January games, we felt that starting practice with precautions in place made the most sense.”

“Players are allowed in the rink only 15 minutes prior to ice time,” Smith said. “We will be social-distancing the best we can within locker rooms, wiping down all contact surfaces daily, and will be wearing masks on and off the ice whenever in a building or within 6-feet of each other outside.”

The players and parents are agreeable to these safety precautions in order to allow for the season to move forward.

“We will monitor for symptoms daily and before the athletes board buses,” Weinman said. “The bench will be extended and spread out, and the bleachers will have a limited number of fans.”

They also made groups that will be used in various situations.

“We have created a seating chart within the locker room that matches up with a bus seating chart,” Smith said. “Those same groups will be utilized within the weight room and during dry-land work.

With this being the eleventh season at the Milt, the association is doing everything they can to keep it up and running. According to the program, the goal is to provide a safe, competitive, and fun environment for the players.

“You could do all the sanitizing in the world, but when it comes down to it, these are contact sports. We run the issue of there’s no way to socially distance,”  Public Health Manager Ellen Moldenhauer said. “The second piece with sports is you don’t just play the people who are in your town. It’s tournaments and people from afar, especially with hockey.”

With the help of Black River Falls Public Health, a team works together to come up with a plan.

“Key people here at the Health Department have been meeting every week or two, with our three schools’ superintendents and their principals,” Moldenhauer said. “We work forward, each week and month, as the pandemic changes. We try to determine what is the best practice, whether it be at school for one and different for another.”

Mayla Engebretson is a sophomore at Black River Falls High School. This is her first year as a reporter at BRFHS. In her free time, she enjoys playing softball, hanging out with friends, and listening to music. She is excited to expand her knowledge of journalism for the future.