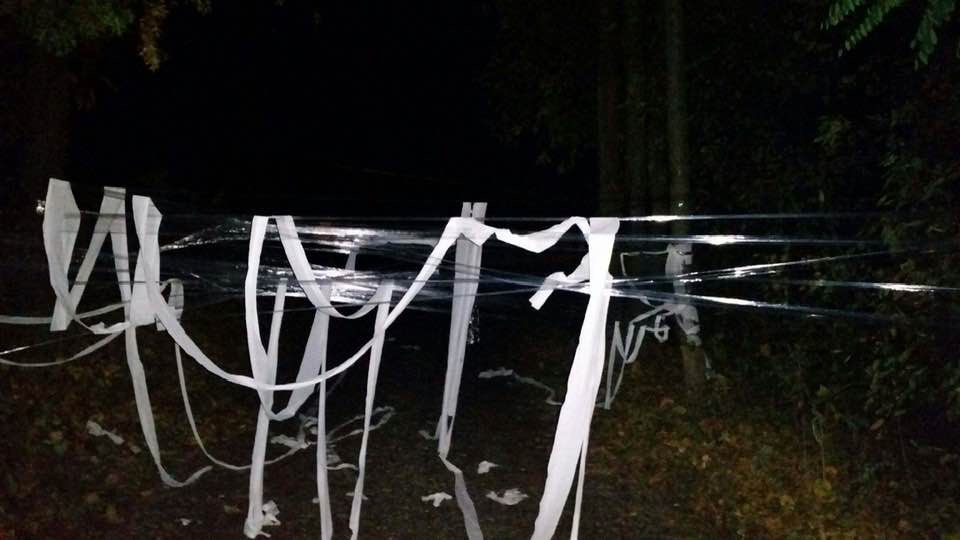 For some students, the first thing they think of when they hear homecoming is the dance, the parade, or the football game. For others, it’s one of the longest standing traditions at BRFHS, TP’ing.

In years past, there have been situations where students have taken the festivities too far. For instance, some properties were egged, which can strip the paint of houses or cars. Other times, shredded paper, glitter, mashed potatoes, forks, and plastic wrap were used to vandalize property.

“In the community, it does create trouble,” said Paul Rykken.

As the tradition continues to thrive, the community’s outlook on the behavior seems to be increasingly negative. However, the vast majority of students stick to TP this time of the year.

But, do the 39 students, teachers, and community members who put themselves on the no-hit-list see the activity the same way?

“Starting last year, the week before homecoming, a list gets sent out to parents and community members. It’s what we call the no-hit-list, and it lets students know not to TP that property,” said Junior Jordan Zillmer.

The need for the list came along with concerns that students were becoming blind to the line between good hearted fun, and vandalism.

“Anytime you have stuff like that going on, you’re going to have people that cross the line, and I don’t know how you stop that,” said social studies teacher Paul Rykken.

One way the administration is trying to stop the line crossing is by allowing those not in favor of the infamous homecoming festivities to steer clear of it. However, some students are concerned that putting their names on the list would put a target on their backs.

“Putting yourself on the no-hit-list just points yourself out. People go for the rush, some people might think that makes it more exciting I guess,” said sophomore Michael Roou.

Many students have heard talk about purposefully hitting the people on the list, but the validity of this talk is unknown.

“I’ve heard people be like, ‘Oh, he’s on the no-hit-list. We should hit his house,’ mainly because it’ll annoy them more,” said sophomore Brain Higuet.

For teachers who prefer to wake up to white lawns for the first time in December, the no-hit-list is a great option.

“I like the idea and I was guilty of doing it when I was younger, but now that I’m an adult and a parent, I don’t like picking up the mess as much as my kids like it. I apologize to all the teachers I hit as a youth,” said teacher Eli Youngthunder.

Into the Spider-Verse: Movie Review (No Spoilers)